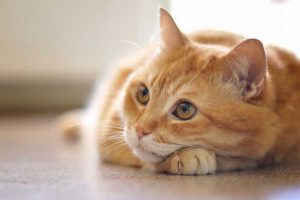 We are extremely proud of our dedicated team. We hire only the best and most experienced employees to become a part of our team here at Elwood Animal Clinic. Our team is filled with highly dedicated animal lovers who are well trained at their jobs. They will do anything possible for their patients and the owners who love them.

Learning and education are very important here at Elwood Animal Clinic We strive to have a state of the art hospital with a staff trained in the latest medical advances. Our patients deserve the very best veterinary care.

Our team makes it a goal to treat each patient like their own. They give each patient plenty of love and attention. They are prepared to discuss preventative medicine so that every pet can stay as healthy as possible. They will also do everything that they can to make a sick pet feel better as soon as possible. 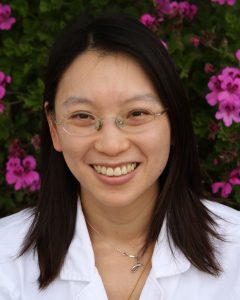 Dr. Yuchi Jennifer Huang graduated from the National Taiwan University, Taipei, Taiwan with her degree in the Science of Veterinary Medicine in 2001. She continued her education in the United States at Iowa State University where she completed the ECFVG program in 2005. In 2002 she began working with Dr. Shei-Wen Lee prior to completing her studies and finally joined our team as a DVM in 2005. In 2007 Dr. Huang became a partner and co-owner of the two Southern California practices, Elwood Animal Clinic and El Monte Dog & Cat Hospital. Personal interests include spending time with friends and family while enjoying activities such as running, swimming, hiking with her dog Molly, and travel. 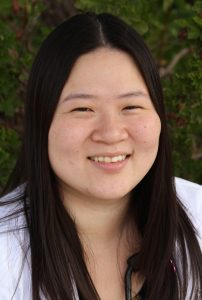 Dr. Jean Pan received her bachelor degree from UC Davis, California. She continued her education at Purdue University College of Veterinary Medicine, Indiana graduating in 2013. Dr. Pan has a deep interest in cardiology, behavior, and small animal surgery. She joined us in February 2014 and quickly settled in with our team. When not seeing patients she can be found spending time with her 3 rescue dogs, Callie, Q.T. and Pipsqueak and her three birds. In her down time she also enjoys photography, cinema, and travel. 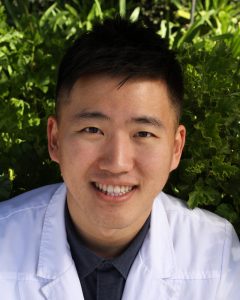 Dr. Ying Joseph Tsou received his degree in the Science of Veterinary Medicine in 2015 from the National Taiwan University, Taipei, Taiwan. He continued his education at Oklahoma State University where he completed the PAVE program in 2018, upon which he joined our team in December of that same year. His calm demeanor and reassuring voice sets both his patients and their humans at ease. When not looking after his furry friends he enjoys playing basketball and tennis. In his less active moments he is an avid movie watcher. 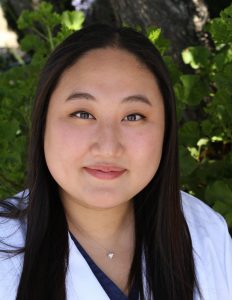 Dr. Christine Chen graduated from Midwestern University, Arizona in 2019 with a degree in the Science of Veterinary Medicine. In 2013, while Dr. Chen was in her undergrad years at UC San Diego she worked at our Glendora location as a technician getting hands on training before entering veterinary school. Once her schooling was completed we were thrilled that she came back to joined our team wearing the “white coat” in August 2019. A local native, Dr. Christine grew up in the San Gabriel Valley and enjoys hiking in the outdoors with her three dogs, Sumo, Mika, and Hugo. Unfortunately her beloved cat, Socksie, has to stay home. Her other hobbies include, cooking, woodworking and remodeling projects. 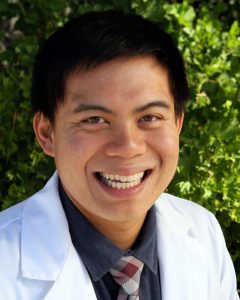 Born and raised in Southern California, Dr. Byron Lee received his B.S. in Biology at the University of Southern California. After spending a childhood at both Elwood Animal Clinic and El Monte Dog & Cat Hospital, he ended up following in his father’s footsteps and pursued a degree in Veterinary Medicine at the University of California, Davis. Upon graduating with his doctorate, he completed a one year small animal rotating internship at Loomis Basin Veterinary Clinic in Loomis, California where he worked alongside emergency doctors and specialists in a 24 hour facility. Following the internship, Dr. Lee returned to Southern California to join the family practice and is excited to provide high quality medicine to the area. He has two cats of his own (one of which is a tripod) and in his free time enjoys playing a variety of racquet sports, skiing, and eating all the food the San Gabriel Valley has to offer.